There come times in life, in many different situations, when you realize enough is enough.  I am currently experiencing several of those situations all at once.

I have spent the majority of my life playing the victim.

It didn't start out that way, but I grew into it like a child grows into pair of shoes which are too big.  My family has issues, what family doesn't?  There are numerous addicts of various flavors and sizes, and in the case of mom and I food was the drug of choice.  My parents both had hurtful things in their pasts and really did not know each other when they got married.  My poor mom was pretty messed up emotionally at this time, and really wanted to be a good mom.  I have to say I never thought of her as a bad mom, but I came along three years after my brother, he might have a different opinion.

Mom always thought of herself as fat (at the "suggestion" of someone close to her), even though she wore a size 10 or 12 in high school.  By the time she was a mom, she was overweight and struggling.  Looking back, I think she prepared pretty healthy meals for us, but perhaps just a little too much.  To the point, I was a chubby kid, but I never outgrew it, I only outgrew my clothing.  I can remember getting a new denim skirt in 4th or 5th grade which was a size 20...a woman's size 20.  I was the fat kid.  Always the last to finish the mile in gym class, often alone at recess, and things only got worse as I got older, eventually growing into depression and emotional eating.  Middle school was an extremely dark time.

Habits which had been started when I was a kid continued into adulthood until finally in college I was sent to see an endocrinologist.  Newly diagnosed with Poly Cystic Ovary Syndrome and Insulin Resistance, for the first time in my life I quit asking why and started to get very angry.  Why had God, this supposedly loving  Father let this happen to me?  Why had my doctor let this happen?  Why had my parents let this happen?  For years I cried out to God out of desperation that He would help me, make it all better, but things never seemed to change.

Slowly, I grew bitter and began to take comfort in my misery.  This is the place where I have been living for the last, well, too many years.  I turned away from God for awhile telling myself that He helps other people, but me...He won't help me.  Broken hearted, yet again, and hating it, I now turned back to Him and said I don't want to trust You, everyone I trust lets me down.  I yelled at Him, told Him that I hated him, then after calming down a little said that, even though I don't want to, I'll try to trust Him, and I'll try to listen for Him instead of ignoring Him when I know He is trying to speak to me.  A little bit ago I was on facebook and there were some pictures posted, and I realized...God was speaking to me through facebook.  Crap! The second I shut up He does the very thing I accuse Him of not doing...talks to me.

SWF seeks BFF or Prince Charming...or anyone who will like her and pay attention to her....

Ok, I get a little obsessive when I meet people who seem like they like me and might want to be my friend.  Awhile ago, a very bold thing for me, I went out on a limb and got in touch with someone who I thought I might like to get to know better.  I actually did pretty well this time!  (I was pretty proud of myself!)  No obsessing!  This is just one example, I could give you a whole list of names which I spent way too many hours thinking about whether it be a guy I liked, or a girl who I thought would be a friend.

What a twisted thing, to long for someone to love me, all the while telling myself I was, and consequently making myself someone who,  no one could love (or was at least hard to love).

It is time to stop!  It is time to quit snuggling down into my pile of blankets: misery, suffering, and self-loathing, and it is time to quit concentrating on the negative!  It is time to face everyday with a positive attitude, time to start concentrating the MANY blessings that I do have.  Yes, the past was crappy and maybe it's not my fault that I grew up overweight, but like it or not, it is my problem...strike that, it is my challenge now!  Perhaps, just perhaps I need to look at this as an amazing opportunity!  An opportunity to grow and to better myself.  An opportunity that few have.  After all, anything worth having is worth working for and waiting for.  (Or so I try to keep telling myself.)

As Master Oogway tells Po "You are too concerned with what was and what will be. Yesterday is history, tomorrow is a mystery and today is a gift.  That's why it is called the present."

I am moving on.  I am leaving the past behind me, dreaming about the future while enjoying the present. There is nothing I can't do if I am willing to do what needs to be done.

I WILL WASTE NO MORE TIME BEING A VICTIM!

And thank you to those very brave and kind souls who have loved me in spite of myself! 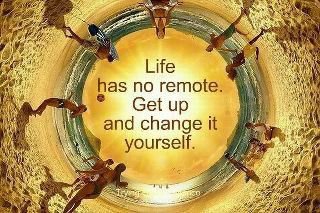 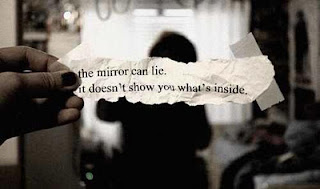 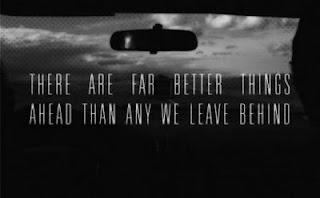 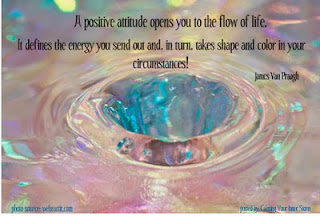