Trauma on the way to Ames.

There was supposed to be bad weather moving in last night and throughout today, but mom and I decided to chance it and go to Ames anyway.  It's only a thirty minute drive and it would be easy enough to turn around if needed.  We needed to get some fabric for a couple projects and since mom works everyday this weekend, this was kind of our one shot.

The roads looked like they could freeze at anytime if the temperature took a fall, but they were ok, a little wet, not really slick.  We hadn't made it halfway yet when on the other side we saw a big ol' pick 'em up truck slow down and drive around something.  We looked and realized that a dog was laying in the road.  We watched a little and he wasn't getting up.  Our hearts sank . . . we knew he must have been hit.  We had to go a little ways before we could turn around, but we knew we had to.  By the time we got turned around and got back to where the dog was, we saw another car pulled over.  Three guys, about my age, had puled over, and just as we got there, one tried to grab the dog to pull it out of the road, but it bit him.  You can't blame the dog, he was hurt and scared!

We soon discovered another car had pulled in the driveway of the house and they, as we found out, had been afraid to get out because of the other dog, who was obviously a little excited about the goings on.  They had honked their horn, but to no avail . . . no one was home.  Mom went to the door, the other dog was noisy, but he wasn't going to attack.  No answer.

Meanwhile the young men had called the authorities.  Numerous people drove by, most slowed down, but some didn't, even though there were two cars pulled over and five people waving at them.

Watching that poor dog struggle, listening to it cry . . . it was awful.  If I'd have eaten soon before, it wouldn't have stayed in my stomach.  He had one leg that seemed ok, and he kept trying to get up, to scootch out of the way, he just couldn't.  His front right leg just kind of flopped.  The look in his eyes . . .

Two guys came running over from the field across the highway and the one guy was going to try to approach the dog, but the other guys warned him that he might get bitten.  I don't know if the dog recognized him, or what, but you should have heard it howl as he drew nearer.  At this point I see some foam around it's mouth . . . it was getting so worked up, and I'm sure exhausted.

I had seen that the guys in the black car had a blanket, and I said to mom that maybe if we could put something over it's head we could pull it out of the road.  The man from the field had the same idea and came running back with his coat.  He put it over the dog and dragged it to the shoulder.  The three guys got the blanket out of their trunk and they put the dog on the blanket.  They man from the field turned out to be a neighbor and he said he'd called the owner.  They carried the dog in the blanket over to a workshop type of building.  There was nothing more that we could do, so we got in our car and headed to Ames.

WHO could hit an animal, or anything, and leave there to die?  What kind of sick people are there out driving about?  And what kind of people would just drive by and not even call the authorities, at least???  It is these kinds of things that cause me to despair.  Whoever the miserable, low-life, sad excuse for a person is who hit this poor, defenseless animal and just left it, YOU DISGUST ME!

Thank God that seven, seven people, out of how many that drove by, stopped to render assistance to a poor, hurt, scared to death, helpless animal . . . someone's best friend.  Seven people.  God bless you, whoever the other five people were.  Your efforts are proof of your character and your decency as human beings!  To the people who owned the dog, my heart and deepest sympathy go out to you!  I'm greatly sorry for what has happened to your friend and companion.  May he rest in peace and suffer no longer.
at February 04, 2012 No comments:

Email ThisBlogThis!Share to TwitterShare to FacebookShare to Pinterest
Labels: dogs, faith in mankind, hit and run, things that make me ill

Ok, so maybe it's only been three days, but it's been three good days!

Since Monday I have maintained control, done what I'm supposed to and remained pretty positive in the process!

I CAN change...I AM changing! 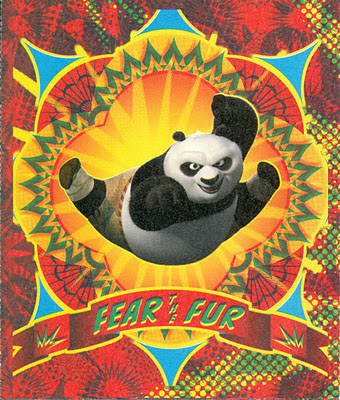