The coast is clear... 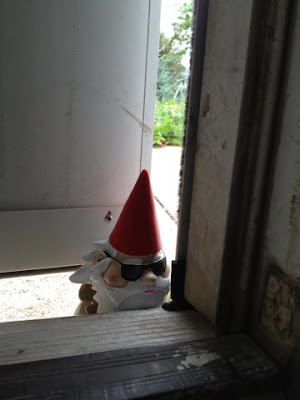 This is an article about my instructor and colleague.  Congrats Carolyn!

The last few years have been extremely momentous for Carolyn Briggs, a small-town woman with large ambitions and the evident willpower to achieve them. Briggs, a professor of English at Marshalltown Community College, is a long-time writer whose book has seen much recent success; both in print and in film.
In 2002, Briggs's memoir was published as "This Dark World: A Memoir of Salvation Found and Lost." The book details the true story of Briggs's hardships and blessings of growing up with an extremely Christian community, family and culture.
After a few years of trying to find its place among various screenwriters in an attempt to make a movie of the book, the memoir finally found who was meant to write the screenplay: the author herself.
When Briggs was approached by Vera Farmiga, a successful name in Hollywood acting and filmmaking, a friendship was started that led to an eight-month collaboration in the making of the screen adaption, titled "Higher Ground."
The film was just as exciting for Farmiga as it was for Briggs as it was the actress's directorial debut.
"Vera flew to Iowa and sat in my living room with me. We looked -chapter-by-chapter - through my book and chose which scenes we thought would work for a movie. Her husband even showed me how to use a computer program that would help me write the screenplay. The entire experience was so surreal; it's still so unbelievable to me," said Briggs.
"Higher Ground" saw outstanding reviews as soon as it was released in mid-2011, following the honor of being showcased at the Sundance Film Festival.
Over time, the film has received even more praise from well-known critics.
"Just when I thought all the hype over the film was fading, I was notified that Roger Ebert had chosen the film as one of twelve films for his Ebertfest, which is held in Champaign-Urbana, Illinois," said Briggs. Briggs and her husband David were flown out to attend the festival, which played the film to a crowd of 1,600 people.
After the film was shown at the festival, Briggs was presented with an award known as the Roger Ebert Thumbs Up award, which is an actual cast of the critic's hand and is made by the same people who make the Oscars.
"I knelt beside Mr. Ebert at the festival and told him how appreciative and ecstatic I was of his review of the film. He didn't have a voice at the time, so he responded by writing on a piece of paper: 'What's not to like?'" said Briggs. "I still find it difficult to fully comprehend how thrilling this entire experience has been."
at May 24, 2012 No comments:

Setting up a perimeter... 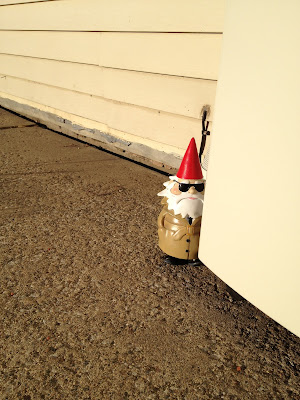