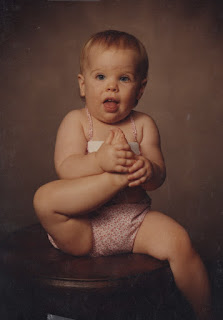 I'm a Midwestern girl with a Russian soul.

Hailing from the middle of corn and soybean fields, (no potatoes folks, that's Idaho) I enjoy a thoroughly modern, suburban existence.  Born and bred in Central Iowa, I have spent most of the past 30 years in my hometown.  Yes, it is just as exciting as it sounds.  Ok, a little more exciting due to the periodic breaks in my residence here.


I grew up the fat kid with the genius brother.  My parents divorced when I was about 10 months old, but remain good friends.  Yes, we went on a few trips as a family, seemed perfectly normal to me, in fact, I think my family was more normal than many of my classmates' families who did not have divorced parents.  Mom was there when I woke up in the morning, took care of the house during the day, made dinner, tucked us into bed and went home.  (Home was the other house my dad owned.  We moved back and forth between the two several times.) 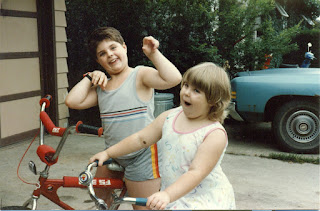 My brother and I both had it rough at school, but for different reasons: he was a nerd and I was fat.  We pretty much kept to ourselves, didn't have many friends, and didn't always get along really well.  Starting in middle school things got really rough.  On top of normal tweenage issues, my ever expanding waistline did nothing to help.  I launched into a depression that lasted pretty much through high school and did not improve until I discovered a hormone imbalance.  Things got better mood-wise, but the damage from years of being put down and putting myself down had taken it's toll.


I graduated high school, a member of National Honor Society (I'm not as smart as my brother, but I ain't stupid!) and enrolled in Community College where I spent the next three years.  They started off a little rocky, but then I started taking some art classes and found a mentor in my instructor.  He helped grow me in creativity and really opened my mind to some new possibilities.


Not yet ready to face the world (or be off my dad's insurance), I bummed around at the Community College again for a year.  Then, jobless and poor, I decided that maybe I should go to grad school.  I had hear about Middlebury from a classmate at UNI, so I checked into it.  The first summer, 2005 I was in the undergrad level 4.  Ironically, one of my now best friends was in level 5 that same summer, but we didn't meet until 2007.  Next summer, tried again, level 5.  Toward the end of that summer however, my teachers felt that I had made enough progress to be accepted into the grad program, so off to Moscow I went for 10 months.  I spent the next two summers finishing my M.A. degree at Middlebury and then came home to find that awesome job that awaited me...or not. 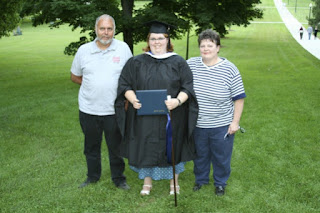 I spent the next 18 months working between 50-60 hours a week at my three part time jobs.  Finally, the end of summer 2009 I was hired full-time at the Community College, the same one I started out at, in the library, and where I have been ever since.  (And where I also now teach Russian History and Culture, and Elementary Russian.)


I have done my fair share of traveling, but would do way more if I could!!  I spent a semester in Belarus my senior year of high school as a YFU exchange student.  While there I visited Moscow for the first time and endured 25 hours on a bus with drunk Belorussians to get to the Czech Republic.  In 2001 I went with my mother on a two week mission trip to Kiev, Ukraine.  (LOVE Kiev!!!)  And, of course I spent 10 months in Moscow studying at the Russian State University for the Humanities.  (RGGU)  All in all, I have been to Belarus, Poland, the Czech Republic, Germany (spent the night in the Frankfurt airport hotel), Austria, Ukraine, Canada (for about 5 minutes), and England.  (I've also been to 21 states, which I will not list here...) In October 2013 I was able to go to our sister city Minami-Alps, Japan to celebrate its 10th anniversary and represent my town. In summer 2014 I took a class in Scotland and mom came over to meet me and we went to London and then flew to Ireland. In March 2015 I finally got to go back and visit Belarus.


Spring of 2013, I decided that I did not have enough education so I applied for a dual Master of Library and Information Science with Archive Concentration and Master of Arts in Russian Translation degree program through the University of Wisconsin-Milwaukee. As of August 2016, I will finally have degrees in hand! (I should be able to trade three M.A.s in for a PhD, right?)