Get Your Happy On

Isn't it amazing?  Sometimes it's just as if a little switch flips inside you and you find yourself instantaneously in a different frame of mind!

Ok, it's been established that the last few years have been exceptionally crappy.  I was feeling low and nostalgic and missing friends overseas at Christmas time, so I told myself I had to send something to my friend Alyosha.  (Over the past several years I kept starting letters to him and sent one here or there, but was really terrible about it.  But then again, I never got any from him either.)  In order to not delay myself and forget to do it, I found a card and didn't write much and sent it right away.  This was early January because their big holiday in Belarus is New Year.

I didn't think much about it until in February I got a very enthusiastic reply wondering why I hadn't written for 5 years and why his letters had been returned.  In this letter he sent me a valentine and he just seemed so excited, so of course my head was swirly for like two weeks.

Feeling like a teenage girl with a huge crush I wrote him back immediately.   I wrote him many letters, sent pictures, and wrote more.  There was just so much to say.  I floated for a week, until my job brought me back down to earth.  Then came the episode with my dad and I was a little preoccupied.  At about the 6 week point I started to get pretty sad because I hadn't heard anything back.  Then I got busy and kind of forgot about being sad everyday when I got the mail.

May 12, I finally got another letter--actually, three letters in one.  I had asked him lots of questions, like if his life could be anything, what would he want, what are his favorite colors, and important things like that.  He said he wished that he hadn't had to quit his studies (he's had a pretty rough time of things) and that his ideal life would be to have enough to support a kind wife and kids.  He also explained to me that it wasn't so much that he didn't want to come here, but he wasn't sure he could live here.  He was afraid that stereotypes would be too strong and people would look down on him.

Ding!  A lightbulb went on.  I had the brilliant idea that he could come to the college where I work as a student.  He could finish a degree, work on his English, and of course, well, I'm here. :)  Yesterday, very nervously, I called him.  It was great!  He was so surprised he could hardly speak and then his mom got on the phone to say hello.  I told him about my idea and he said "well, I'm kind of old" (as in 36...)  and I assured him that many people here are going to back to school because of the craptastic economy.  He thought about it and said "I don't know if they'll give me a visa, but tell me what I need to do." 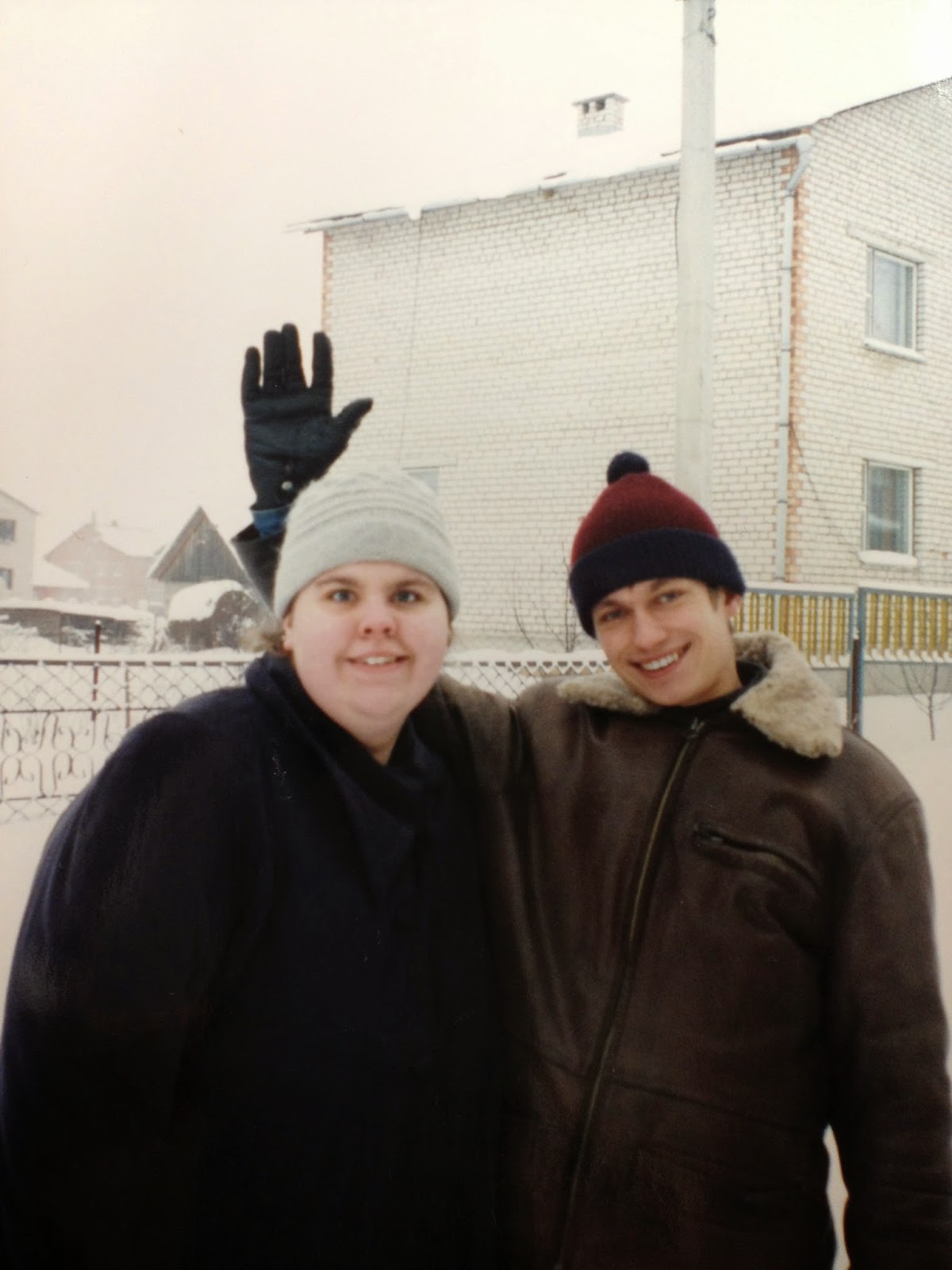