Letter To My Body

This has not really been the best week. No matter how I try to avoid it, my life is just full of stress, and I think that bad mojo stars have aligned and that I am having a mid-summer crisis. I did such a good job last week eating almost no carbs, and then the weekend came, bringing with it 4th of July potato salad, and chocolate cake. I had some treats and thought "I've got this, I can pick right back up" but that hasn't quite worked.

Also, lately I've seen a lot of crap out there about body-shaming. No one, NO ONE deserves to have comments made about their appearance which are negative. No one else's appearance is any of your business and if you can't say anything nice, shut the f$$k up!

I am especially sensitive to these kinds of things since I grew up "the fat kid" and was privileged to hear such kind words everyday as "jumbo" and "Titanic" (some of the milder things I heard) and even, at one point, had my own rhyme: Katie K is fat and gay.

It has been a long process to heal from all the unkindness growing up, and I am not asking for sympathy, but in order to help myself, and I hope others, I decided I needed to write a letter to my body.

Even though you started out at a normal 8 lbs and 3 oz, by the time I was 10 you had ballooned up to the point where I had to wear women's clothing, a size 20. The year I took dance, the costumes didn't come big enough and mom had to make mine bigger. Thank God she knew how to sew! I kept getting bigger, and by the time I was in high school, I was in a size 28 and having a very hard time finding clothes.

By this time it also became apparent that you were not functioning right. My hormones were some sort of crazy--I thought I might be bi-polar. I would go from being crazy happy one minute and the next I would be so depressed that I was thinking about suicide. Starting in seventh grade and lasting into my year of college I really struggled with depression. Finally, around the time I finished high school, I went to a gyno to see what was the problem. You were really messed up!

The doctor gave me my first hint--PCOS. At that time, PCOS was still unfamiliar to a lot of people and there was not a lot of information available. They put me on Metformin to control my blood sugar and told me to lose weight.

I got so tired of people telling to lose weight and no one telling me how I was supposed to do that or offering to help, and it seemed like you were dead set against me. I kept on struggling. Though twice I had some success. When I was in Belarus I lost 60 pounds! When I came home, of course I gained it back. I'd lose a little, gain it all back and more, lose a little, and around and around in the same circle. But I always said to myself "At least you have never hit 400."

Then one day, it happened. I stepped on the scale and you had grown to a disgusting 400 pounds. The depression came back on and off. I would go through periods of determination and hope, and then would fall into the pit of despair. I knew that I was going to be alone forever because you made me ugly. I would look in the mirror with disgust and say "who could love that?"

I spent a year in Moscow and lost 70 pounds. Then I gained it all back. In 2013 I decided I was changing thing for real and between February and October I lost about 60 pounds. That's when my boss left suddenly and I started grad school. I help on for a couple months before the stress got to me. Now I have been gaining and losing the same 25 pounds for a year and a half.

Some days I still hate you.

Even though I know that my worth is not measured by a number on a scale, I still don't like the way you look or the things that I can't do because of you.

I am trying to learn to love you, so here goes: I love you, because, thus far, you have never failed me. You keep going everyday with no major pain, no high blood pressure, no high cholesterol. You can really move it on an elliptical! Damn girl! Besides your A1c being a little high, you are in pretty good shape! Even though you are big (and lumpy) you are pretty well proportioned! There is an hourglass under there somewhere!

You have pretty eyes, nice lips, and your teeth don't look to bad, even if your bottom canines are like fangs and they bite you all the time. Your hair is pretty, and lord knows you have plenty of it. You look good in almost any color and a lot of styles of clothing. You are pretty (even if I tell you that you aren't...don't listen to me...I can be a real bitch.)

We have some things to work on, but overall, you're actually pretty ok. Besides, the bad stuff isn't your fault...it's mostly bad genes.

So, thank you for all that do for me. Thank you that you have never given up on me even if I had been angry at you, hated you, tried to starve you or hurt you. You are always there.

OK, let's work together from now on. I may not like the way you work and that it means I can or can't do certain things, but I need to take care of you. I'll try to treat you better, I promise. 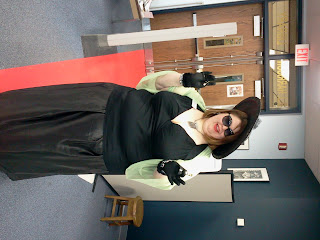 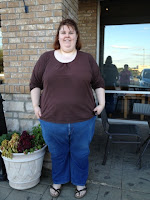 Email ThisBlogThis!Share to TwitterShare to FacebookShare to Pinterest
Labels: bullying, facing fears, finding myself, I'm worth it