So, I got some really good news yesterday and was really excited as I was driving home. I was on my way to a meeting of our little Sherlock club and life couldn't seem to get any better.

I was driving down Center where the speed limit is 45. There is a drive coming out of the Wal-Mart parking lot and there was a pickup waiting to turn left, and then a maroon car pulled forward. I thought that the person was just going to roll forward to see better, but then I realized that the car was still moving.

I hit the horn, hit the brakes and the car just kept rolling forward. I couldn't completely swerve to the left, but right at the end I started to turn toward the left to avoid hitting the car head on. The collision pushed me into the left lane and the other car up onto the curb a little. That car was able to pull up in the grass and out of the street.

After I got over the initial shock, I tried to pull my car over more to get the rear of my car out of the right lane but I could only move it a little. I felt something kind of snap and it was barely moving. The guy in the pickup truck pulled over and his wife went over to check on the little old lady and he came over to check on me. His wife had called the police.

I was shaking. After it happened I called mom and said "I've been in an accident in front of Wal-Mart. I'm ok."

We waited for the police, got all information shared, got the car towed and then went on to the Sherlock meeting. Karma finally came around in a good way--I ordered a glass of wine and got extra because it was the end of the bottle!

Insurance agent was closed today, so tomorrow I will have to deal with all of that. But the car is all cleaned out and ready for whatever. 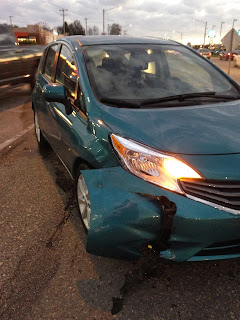 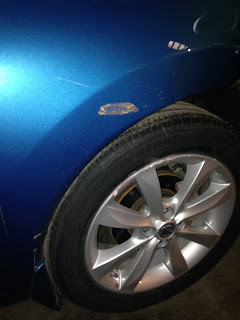 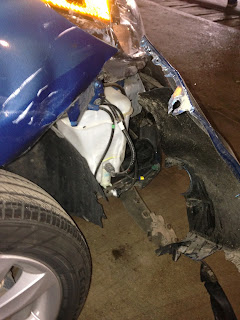 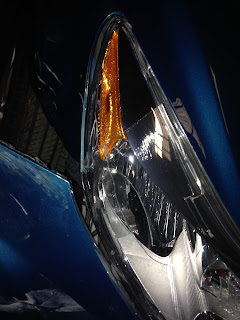