Yeah, there are a lot of negative 2016 posts going around right now, but honestly, for some of us 2016 was pretty shitastic. I, for one, am entirely ready to wish a (not so) fond farewell to 2016.

This year was a roller coaster for sure! I started out the year overseas, thinking I was going to get married, but instead I found myself once more with a totally drunk person. To be fair, he did get himself undrunk and we have a fantastic last 5 days together. When I came back, I had no boss for the third time in 4 years, then my co-worker and bff found another job. In the spring I was just about done with school, and finally had paperwork to start Alex's visa process, and that's when I was told my job was being eliminated. Graduated in May--well I walked at commencement--but because of a few snafus, I didn't technically graduate until August. Thought I had a job nailed down only to wait a month to find out they chose someone else. Decided to move to Colorado, took us a month and four trips back and forth to move, partly because of hitting a deer in mom's car. Got to Colorado and had a really hard time dealing with being unemployed, having lots of feelings of anger and resentment.

But, finally in November I got a job which I absolutely love!!!!

So, I guess you could say that the year is ending on a positive note with the job and all, however, the last two months have been so hard, being so far away from Alex. January 8, 2016 was the last time I saw him. It's really taking a toll on both of us. Thankfully we've been able to talk and text quite a bit, but it's still really hard.

The one thing that brings me down more than anything this year is my health. In February or March we learned that I have hypothyroidism (under active thyroid) and I had to start taking medicine for that. However, a hug side effect from my thyroid not working is that it has become nearly impossible for me to lose weight. And since I lost my insurance in June, I can't afford to take some of my medication. Also, with moving, I don't have a doctor, so it's hard to take my medicine consistently. As a result, I am now the heaviest I have ever been, my blood sugar is completely out of whack, and I generally feel terrible.

However! I believe I may have found a diet (read that lifestyle) that will get me sorted out, so starting January 1 I am going to try the Keto diet. I know, everyone can find something bad about every diet, but this is what I believe will be best for my body right now. I am insulin resistant which means that my body doesn't know what to do with the insulin it makes so it just makes more and more. I have PCOS which just screws a bunch of things up. I am seriously overweight which doesn't help anything. I have psoriasis. I have sleep apnea.

All of those things can be helped by eating a low carb diet. (Relax, I have done my research.) A ketogenic diet will increase insulin sensitivity, will jump start weight loss which will then help normalize my hormone levels. Losing weight will eventually mean that I won't need the CPAP anymore,  and since it is an anti-inflammatory diet, it may even help the psoriasis.

Yes, it's going to be hard, but I think I have finally found what my body needs.


In closing, a tribute to George Michael, whom we lost just a few days ago

and another end of the year fave 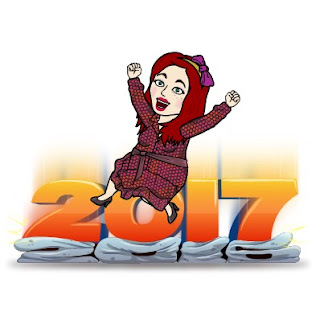 May 2017 hold many blessings and much joy for you!